From Malaysian Malaysia to Malaysian First -by Wan Hamidi Hamid

The DAP is irrevocably committed to the ideal of a free, democratic and socialist Malaysia, based on the principles of racial equality, and social and economic justice, and founded on the institutions of parliamentary democracy.

We believe that it is possible to mobilise the support of the big majority of the multi-racial people of Malaysia in the pursuit of this aim, and we shall regard it as our primary objective to mobilise such support…

We reaffirm that the DAP intends to be guided by purely Malaysian perspectives and aspirations. We shall not allow ourselves to be deflected from our chosen path by either the reactionary and communal right wing, or by the foreign-inspired anti-Malaysia left. Neither shall we lend ourselves to manipulation by either of these two groups. 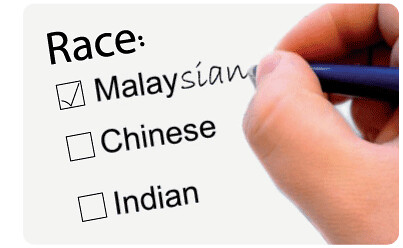 Those were the basic ideals of the Democratic Action Party, officially founded on March 18, 1966, that made up a slogan known as “Malaysian Malaysia”. It simply means Malaysia belongs to all Malaysians, regardless of race and religion. It does not mean Malaysia belongs to any particular race or religion. It means every citizen of Malaysia has equal rights and equal opportunities.

However there were and still are certain sections of the population who can only see their fellow human beings through their distorted racial and racist views, that some people are more equal than others. Hence, till today, DAP is still seen as a “Chinese” party, “anti-Malay”, “anti-Islam” and even “communist” by some people, including those in power.

For the last 45 years, DAP leaders have been ridiculed, vilified, attacked, detained without trial and continued to be falsely accused of being “subversive”, and lately “insensitive to Islam and the Malays”.

Yet, according to its official history, “DAP has been second to none in the battle for democracy, justice, equality and a united multi-racial, multi-lingual, multi-cultural and multi-religious Malaysia. DAP leaders, members and supporters did not flinch when many of them had to pay a heavy price for their political beliefs, losing their personal liberties when detained under the Internal Security Act, prosecuted, convicted and jailed on politically trumped-up charges or victimised in a large variety of ways”.

In a stifled, media-controlled flawed democracy, Malaysians can be forgiven for failing to differentiate between the truth and lies. What is presented as news and facts are merely Barisan Nasional (and previously the Alliance) government-influenced propaganda.

Therefore, they are still segments of the population who believe that the DAP is a “Chinese chauvinist”, “communist” or “radical socialist” party that poses a danger to society. Sadly the people who are easily duped into believing this incredible lie have failed to discern the true facts of history.

On August 30, 1981, the DAP made its Petaling Jaya Declaration, reaffirming its ideals for a free and democratic Malaysia based on the principles of racial equality, economic justice, political liberty and cultural freedom.

The party reiterated its stand on being an organisation of patriotic Malaysians whose one and only national loyalty is to Malaysia, and to build a country where Malaysians would not be segregated, segmented or discriminated against because of race, whether economically, socially, culturally or politically.

As it was in the beginning, the DAP has rejected any notion or attempt to be a communist or extreme left-wing party. Its ideology of democratic socialism is similar to that of social democracy.

Its opposition to communism was made clearer in its Petaling Jaya Declaration: “The DAP does not want Malaysia to be subjugated by the Soviet Union or the People’s Republic of China or any other country, but wants Malaysia to be left in peace to determine its own national destiny.”

By the 1990s, the DAP have made a number of political and electoral pacts with friendly political parties without sacrificing its basic ideals of democracy. Even when faced with the tough issues of religion, the party holds true to its secular ideals.

On the DAP’s 40th anniversary in 2006, Secretary-General Lim Guan Eng declared the need to continue the Malaysian Malaysia struggle, which he called Malaysian First – the dual purpose of achieving national unity and economic prosperity amongst all Malaysians.

“First, national unity should be based not on race or religion but on a common identity centered on democracy, freedom, justice, integrity and human dignity. Secondly the importance of becoming global champions in academic excellence, economic competitiveness, technological merit and knowledge management to ensure economic prosperity that is shared equitably with all Malaysians.”

Guan Eng also explained that there was no substitute for hard work if the DAP values of Malaysian First were to be put into action.

“Our challenge is difficult and even painful – to convince Malaysians that we are a party of Malays, Chinese, Indians, Kadazans, Ibans and Orang Asli.  We need to continue to sustain this struggle for the future generation in the hope that they may live in joy as an equal under the Malaysian sun without the ugly influences of repression, prejudice, ignorance and greed.”

In 2006, the DAP also officially adopted social democracy as its ideology, not to simply replace democratic socialism but to fine-tune and make clearer the true ideals for a free and democratic Malaysia.

The March 8, 2008 general election was proven to be a success for the DAP. It could even be said that it was a new beginning, this time the party was holding hands with Parti Keadilan Rakyat (PKR) and Parti Islam Se-Malaysia (PAS) under the name of Pakatan Rakyat.

At the moment Pakatan holds four state governments – Kedah, Penang, Selangor and Kelantan (Perak was won but later a few Pakatan state assemblymen defected to BN) – and has denied BN’s two-thirds parliamentary majority for the first time since Independence (excluding the chaotic May 1969 general election).

The future is bright. Policies have changed, strategies modified but the principles are still the same with the DAP. Political enemies, detractors and racists can continue to spread lies about the party but the DAP is adamant to fight for the rights of all Malaysians.

In his 2011 New Year message, Guan Eng expressed his hope, not just in implementing the basic ideals of social democracy but also to provide a better environment for the future generation.

“Let us inspire hope by stressing on performance not privilege, expertise not entitlement and integrity not corruption. Let us be bonded by our common aspirations for justice, freedom, truth, democracy and social welfare for the weak and poor. Let us build a future for our children to live in a cleaner, greener and smarter Malaysia.”

This article was written by admin on Wednesday, March 2, 2011 at 3:13 pm. You can follow any responses to this entry through the RSS feed. Both comments and pings are currently closed.