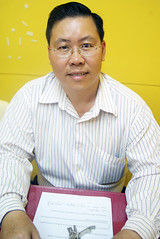 While in Malaysia’s third largest state, The Rocket also took the opportunity to speak with Pahang DAP state secretary and Teras state assemblyman Choong Siew Onn regarding the future of Pakatan Rakyat in Pahang and the political scene.

Regarding the shift in the political landscape of Pahang post March 2008, Choong remarked that the speed of changes taking place in the state was amazing and added, “There are ominous signs of change in people’s mindset.” He felt this was reflected in the young people’s interest in national affairs. “They realised the power of their votes in deciding the government they want. This enthusiasm is visible during the voter registration drive. Many are eagerly lining up to register as voters and are enquiring as to when the next elections will be held.”

He also noted that the older voters are more confident and bold now in their voting preferences. Previously many older voters worried that a change of government would result in political instability. “The memory of the May 13 racial riots in 1969 has haunted them,” explained Choong. However, with PR’s steady performance in ruling Selangor and Penang for the last two years, he feels that the older groups are seeing that an alternative government is possible.

“In fact, among those who supported MCA and Gerakan in the last elections, many now regret voting BN as they see that they are still practising policies of old.”

As for the issues concerning Pahang, Choong explained that weak management of policies and enforcement of laws continue to haunt Pahang BN. He cited the example of Bukit Koman in his area, where sodium cyanide, which is a poisonous substance, was approved for use in mining gold there. The chemicals have affected the surrounding environment and residents negatively. “The residents’ health has deteriorated; many are complaining of itchiness and skin-related diseases,” reports Choong.

In addition, a rare earth metals processing factory was approved for setting up operations in Kuantan. This type of factory is usually disallowed in the more environmentally conscious countries and even the Terengganu state government has disapproved of this investment. “Yet Pahang has allowed this factory to be set up,” said Choong.

He further remarked that Pahang is no longer attractive to outside investors. It is unable to create jobs for the young people and retain them in the state. This is due to the stagnating economic situation resulting from unattractive economic policies and environment practised by the BN government. 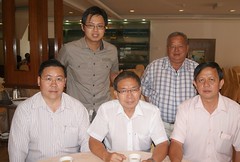 Choong feels that Pahang people are now more receptive towards PR as they received more balanced news from the internet and from alternative media. When they hear about PR state governments’ good performance, they are comparing it with their own state government. “This is a big change for them,” notes Choong, as in the past, they were more closed minded.

As for PR being the opposition in Pahang, Choong emphasised that on a positive note, it allows them to learn from the PR run states on what mistakes to avoid and things to improve on when they form the next state government.

Choong believes that DAP and PR veterans and seniors need to adapt to the changing political landscape. They need to change from having an “opposition mindset” to one of “potential government leader”. PR needs to improve with proper planning, better coordination and always maintain a big picture perspective in leading the state.

Choong observes that the changing political landscape has presented new challenges for Pahang DAP in recruiting more non-Chinese members. On a bright note, Pahang DAP recently elected Tengku Zulpuri as its deputy chairman. He is the son of a prominent Pahang PAS leader and Choong added that they will consider fielding more high profile Malays to be candidates for the next elections.

Touching on national issues, Choong reinforced the need for DAP to properly screen and vet new recruits, especially those from BN. “DAP needs to be selective and recruit those with good leadership and integrity. In addition, DAP needs a proper structure to absorb the new comrades,” he said, cautioning against new members being raised up to party leadership too soon without having proven themselves first.

Finally, he feels strongly that an effective trouble solving mechanism and channel are needed to address the members’ grievances. “This will prevent party-related problems from being highlighted and exposed through the media and giving bad publicity to the party,” Choong concluded. -The Rocket

This article was written by admin on Wednesday, November 3, 2010 at 3:32 pm. You can follow any responses to this entry through the RSS feed. Both comments and pings are currently closed.