On October 14, Defence Minister Dato’ Seri Dr. Ahmad Zahid Hamidi stated that the Ministry of Defence would receive less funding in 2011 as compared to 2010. Furthermore its allocation would not be spent on acquiring more military assets.

The day after Prime Minister Dato’ Seri Najib Razak unfolded the 2011 Budget on October 15, the Minister told the media that although the defence allocation was not mentioned in the Prime Minister’s budgetary speech, the Ministry would receive a (significantly reduced) sum of RM 9 billion.

This would be good news for those of us anticipating a reduction in the country’s defence expenditure, the peace dividend of which would be an increase in expenditure on areas of social-economy.

However, was the Defence Minister telling the truth? 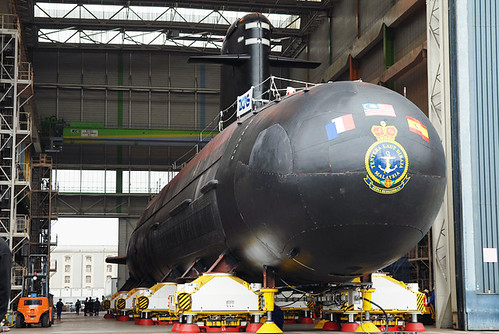 The real answer would probably let you down. The figures stated in the 684 pages-thick 2011 Federal Budget document are completely different from those given by the Defence Minister.

So which one is correct? Or, who is lying?

Although sometimes official figures can go wrong, previous federal budgets have not over-reported figures to such an egregious extent that there is reason to believe it is less credible than the reportings of the Minister himself.

Even though the government refuses to reveal an “arms shopping list” under the Tenth Malaysian Plan, by comparing last year, current year and next year’s budgets, the haziness that surrounds the procurement of military assets will become clear to the observer.

The following figures are compiled from the official budget documents, and they speak for themselves:
The defence allocation has been shrinking since 2009 from its peak of RM14.5 billion in 2008. It declined to RM13.6 billion in 2009, and in 2010 recorded RM11 billion. Surprisingly, however, the declining trend is being reversed in 2011 and the total amount is RM13.8 billion which is only slightly less than in 2008. Apart from that, operating budget again exceeds the RM10 billion threshold whereas development budget has rocketed up to RM3.3 billion.

So, did the Defence Minister mean to mislead us? Or was he merely citing wrong information delivered to him by his officials?

With regard to answering the question of whether or not more military assets would be procured in the next year, analysing the trend of the development budget is key. Between 2006 and 2008, the development budget remained at a RM4 billion level. Those allocations were used to pay for eighteen Su-30MKM Multi-role Combat Aircrafts, four A-400M Multi-role Transport Aircrafts, two Scorpene-class submarines, forty-eight PT-91M Main Battle Tanks, six New Generation Patrol Vessels and so on.

Besides, the Ministry has procured neither any sophisticated nor expensive assets during the period of 2006-2000, bar the acquisition of twelve EC-725 helicopters. Originally, the Ministry planned to acquire three Multi-role Support Ships and two new frigates under the Ninth Malaysian Plan. But these plans were shelved after the country was struck by the global economic depression. Bear in mind those plans are merely being shelved, not canceled.

The government will revive it after the national economy recovers from the downturn. The postponed plans will be thawed whereas new acquirement of assets will be launched. Arms modernisation is a continuous process that ensures the Armed Forces always keeps pace with the arms development of neighboring countries.

Indeed, some news has been reported since October: first, a Letter of Intent was given to Boustead Naval Shipyard Sdn Bhd on October 18 to build another six patrol vessels (renamed to Littoral Combatant Ship). The project is estimated to cost RM8 billion. Second, EADS confirmed on October 13 that Malaysia “has asked for information on the Typhoon, Boeing F/A-18E/F Super Hornet, Saab Gripen, while Russian arms export agency Rosoboronexport is pushing for Sukhoi’s Su-35.”

This means that from 2011 onwards we might witness more enormous acquisitions, despite what the Defence Minister has told us. Hence, the increase in the defence allocation in 2011 is a reflection that the national economy has recovered from bad times, and those postponed and future procurements will be implemented one by one.

Regarding the question of whether or not we actually need more arms, the answer depends on a number of things: what kind of security threats we are facing now, the regional strategic context, military modernisation requirements, national economic capability and national aspirations. One thing is for sure, the government needs to explain to the layman the purpose and cost effectiveness of buying these expensive toys.

In any case it seems clear that while the Navy is getting the big bucks in 2011 budget, the Air Force and the Army are getting a substantial piece of the pie, too. -The Rocket

This article was written by admin on Wednesday, December 8, 2010 at 3:08 am. You can follow any responses to this entry through the RSS feed. Both comments and pings are currently closed.