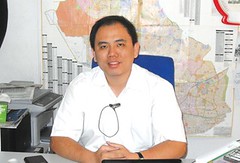 In 2004, State Assemblyman for Kampung Tunku, Lau Weng San did something that most people would not even dare contemplate – he gave up a well-paying job as a process engineer in an oil and gas engineering consultancy firm to work full-time for the Democratic Action Party. We caught up with the 31-year-old to find out what makes him tick.

When did you join the DAP and was there any particular reason or incident that encouraged you to join the party?

I joined DAP in 2004 and worked at the DAP national headquarters for about three years. In that time too, I was political secretary to DAP Secretary-General Lim Guan Eng for some time. When I was at University of Malaya, I was a student leader and was active in student activities as those were the days of the Reformasi era and I was determined to add my voice to the demands for justice and democracy in the country.

You have been a state representative now for 17 months. Has it gotten any easier?

Actually, unlike some of the other elected representatives, I am considered to be more “experienced” as I have been working for almost 10 years as a activist, starting with my student activism days at university and then having worked at the party headquarters.

My answer is yes and no. Yes, in the sense that I have less public complaints to deal with now, compared to the beginning of my term. I am indebted to the two councillors in my area, the MP for Petaling Jaya Utara (Tony Pua), my two staff members and a number of volunteers who work tirelessly to assist me in carrying out my responsibilities as an elected representative.

No, in the sense that BN and UMNO have been mounting pressure on the state government in their desperate bid to recapture Selangor and this poses a great challenge not only to the state Exco members and senior leadership of Pakatan Rakyat but also to other non-Exco elected representatives as we have to be strong and committed in order to keep away from monetary temptations.

Apart from that, there are other forms of intimidation, such as the charge against me for being at an “illegal gathering” in November last year. The case is still pending. Meanwhile, there are also two parties who have issued legal notices to me based on some statements I made. One of them is the infamous Khir Toyo and the other is a developer in my area.

What do you like best about your job? What keeps you going?

Being able to assist the poor and the less privileged satisfies me. In Kampung Tunku, a lot of people have the misconception that my constituents are rich and have above-average incomes, and they are usually quite surprised when I produce a long list of names of constituents who need help. 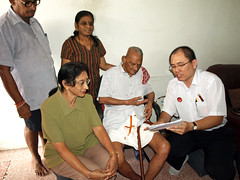 In your opinion, how has Selangor fared in the last 17 months? Tell us about the impact that the Pakatan Rakyat government has had on the state.

Nobody can deny that we have made good progress, even if it is bit by bit. In terms of policies, we have a broad-based policy called “Merakyatkan Ekonomi Selangor” (MES). The flagship programme under this policy is “Mesra Usia Emas”. This is a programme targetting senior citizens in Selangor. It is just one of the many programmes we have.

For example, last year the state government initiated the free 20 cubic meter water policy. Many people chided us when we launched that scheme but when we asked these same people what the BN state government for the people with regard to water supplies, they were speechless and could not give any examples.

There are other beneficial policies and more will be launched, and if BN does not disturb us and recognise us as a legitimate government with people’s mandate, we will be doing better.

Do you think the benefits have been felt by the people of Selangor?

You should tag along with us when we do our rounds. Action speaks louder than words!

In light of the BN attack on the Selangor Pakatan Rakyat government, what do you think should be done to brace yourselves against this onslaught?

The state government will be very straightforward and open in our counter-attack. Their attack on us are based on extreme religious and racial sentiments. In fact, some of their own policies are very racist by nature. I am constantly surprised by their stupidity and lack of accountability. They often forget what they have done in the past.

I don’t know whether I will be targeted or not as this is only my first term and I’m one of the youngest elected representatives in the party. If Khir Toyo wants to target me, I will deal with it. Right now, I am more interested in strategies to “crush” UMNO Selangor! – The Rocket

This article was written by admin on Monday, October 19, 2009 at 3:49 pm. You can follow any responses to this entry through the RSS feed. Both comments and pings are currently closed.